The People Design and Mind Composites group’s Kick off 2019 was held on Saturday February 23rd at Hotel Caesius Thermae & Spa Resort in Bardolino (VR).
Staff, resources and collaborators gathered together to align on the results obtained in 2018 and share the new challenges for 2019. Our morning together began with Pietro Pometti, People Design CEO. This year the theme of the event was “L’Officina dei Talenti” – “talent workshop”: a tribute to all employees who, thanks their passion and determination, contribute to the success of People D and Mind C. In the first part of his speech, Pietro paid homage to Leonardo da Vinci’s talent – a man of genius and universal talent of the Renaissance. 2019 is the year of Leonard's death 500th anniversary.
Pietro told the story of a man who perhaps we do not know in depth, and who deserves to be understood and narrated, with his weaknesses and mania, with his failures and his visions of the world. In the second part of his speech, Pietro then took stock of the objectives achieved and introduced the values that will guide our group in coming years.
In the following speech, Francesco Varrasi, Mind C CEO, focused on the company’s growth, talking about last year’s plans and highlighting the will to put in pace new initiatives which allow us to continue our growth process.
The meeting was also an opportunity to share some of the projcets we worked on during the year, and the business initiatives that will start in 2019. Denis Luci, PD and MIC Financial Officer, introduced the new welfare project in 2019. A plan which includes forms of appreciation for employees who will encourage home/work balance, through the provision of flexible benefits that aims to put in place initiatives oriented towards organizational welfare.
Special Guest of the day was Fabio del Punta, RTeam driver sposored by PD who partecipated to Dakar 2019. Fabio told about his experience and partecipation in the most prestigious rally in the world, focusing on how determination will to win and grit make the difference.
Right after lunch, we were all involved in an intense afternoon together, thanks to the team building “the Genius machine”. The goal of the activity is the building of a unique KINETICA machine, made with the sections of gears which, improved by each team, lead to a final action by the work of all the partecipants. A metaphor of the common work project which has shown how much every single individual represents a fundamental building block for the realization of company’s goals. A tribute to our “talent workshop”.
The goal for the future are very ambitious and can be achieved starting, as always, from our fundamental pillars: people, technical skills, innovation and professional training.
See you next year with new result and new challenges! 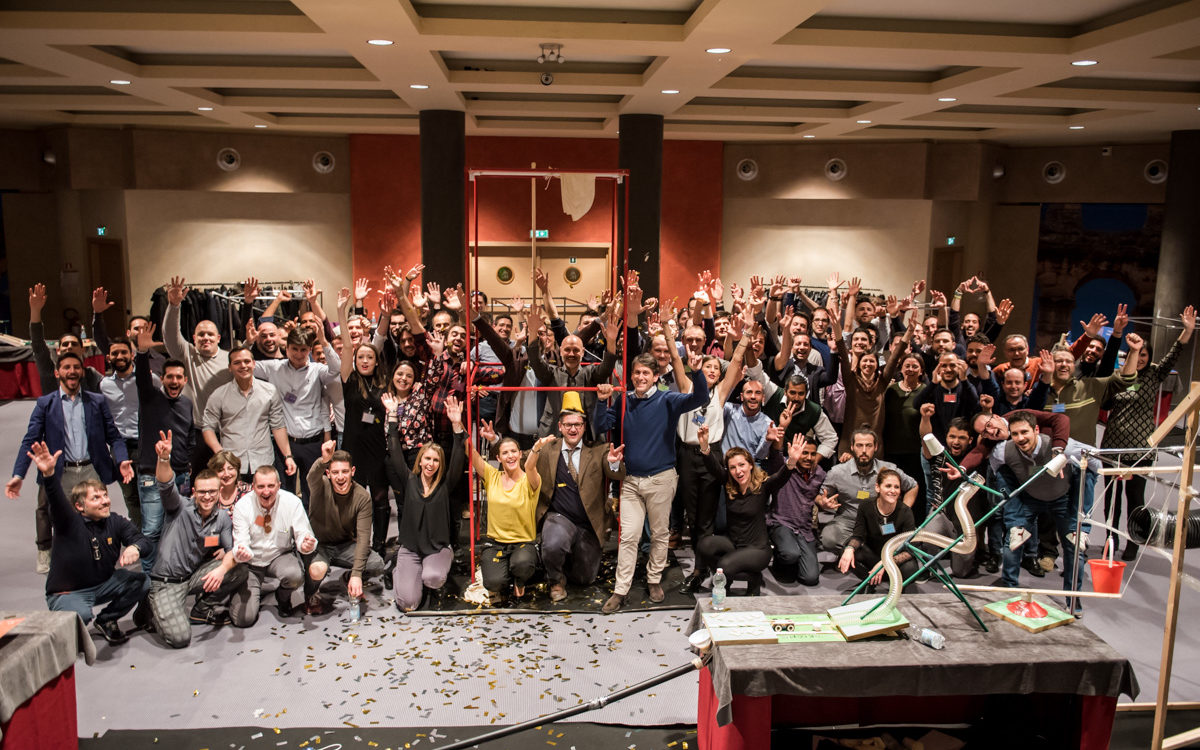 Mind: business made by carbon!